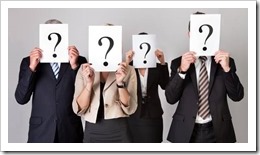 Though I know many instructors shy away from dealing with the issue of ethics in the classroom, I find that topic especially challenging and intriguing. I’ve followed how Dan Ariely discusses some of this psychological science with the wide TED.COM audiences and in his classrooms and have come to especially like the experimental approach – raising ethical questions and discussing biases in ethics with students by actually showing students how we think about ethics.

In the recent course I gave I tried to open up the ethics session in a slightly different way by running a very simple exercise that would address the following two issues :

To do that I followed the “Unethical behavior in organizations inclass experiment – Employee versus Manager” activity. Simply put, I grouped the students into groups of six and told them they have a few behaviors they need to rate in terms of acceptability – the extent to which these behaviors are unacceptable (unethical). What the students didn’t know, is that the between-subject (/group) design was that some groups were assigned to the managerial condition and some to the employee condition. Those in the managers condition were asked to evaluate those behavior as managers evaluating employee behaviors. The groups that were assigned to the employee condition were asked to evaluate the same behaviors as if they’re employees evaluating behaviors regarding themselves or their colleagues.

The groups were given 10 minutes to discuss each of those behaviors among themselves and were asked to come up with a group score. Then, one member of each group was asked to come up to the front, where I had the projector show up the table of the behaviors separated into two columns managers versus employees. Then I explained the differences between the groups and asked the groups to report their scores, writing those down in the relevant columns.

The following was the managers’ version :

The following was the employee’s version :

First, I saw the discussions among the group members were quite intense, which is already highlighting the issues inherent in organizational ethics.

Second, the comparisons between employees and managers were interesting, and though the group sample was very small there were already some noticeable differences that I later checked using SPSS and were found significant. In general, managers found more activities as being unacceptable than employees (Mmanager=4.92, SDmanager=.68 ; Memployee=4.23, SDemployee=.05 ; t(6) = 2.234, p = 0.088), especially these two – “Take home a few office supplies (paperclips, pencils, etc.)” (p < 0.05) and “Call In sick when personal time is needed” (p < 0.1).

Naturally, this is a good base for a discussion about the points I wrote above. Once the demonstration is that clear, the engagement is far easier.

BTW – one subtle point to think about, which came up during the home-exercise, were the differences between morality and ethics. Are there differences? can you be unethical but moral? how to best explain that to students? This exercise has a few items that can serve as a basis for such discussions.

Try it out… I think you’d be pleased with the results.