Examples go a long way to make things clearer for the students. To liven things up in the class room and engage the students, it’s helpful to actually have your students think up examples in class, write those on the board in brainstorming style and then offer an example of your own as a wrap up.

To explain personality in class using the big-five factors, for each of the factors I started out by explaining what the factor is about and what are the extremes, and asked students to bring up examples. I would then take the example given and ask others if they think it’s an accurate example or not.

I was a bit surprised sometimes with some of the examples given. At times I was surprised with how culturally bound some of those examples were, like a student from mainland China saying that Hu Jin Tao – the Chinese president and army commander in chief at that time – as an example for emotional stability “because he always has the same face no matter what happens”. At other times, I was surprised that the examples they thought of were exactly the same ones I put up on the post-discussion slides.

What examples did I use? Here, have a look… 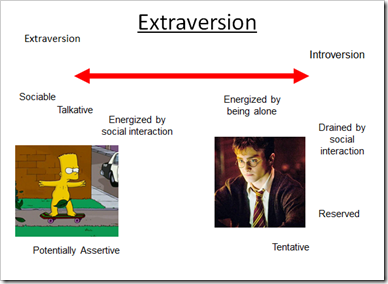 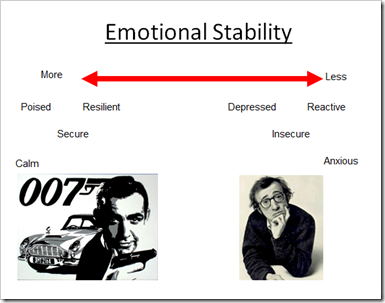 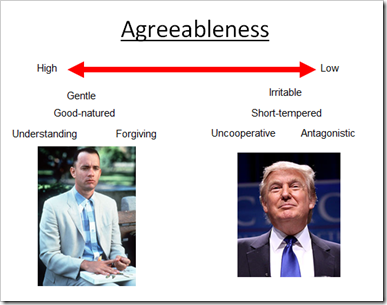 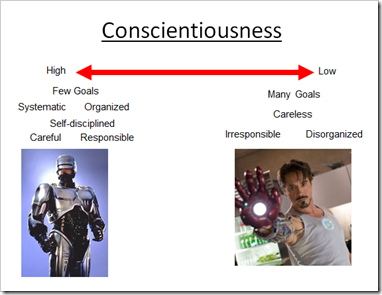 (Only very few knew who Robocop was. Few students suggested Iron Man before they saw my slide) 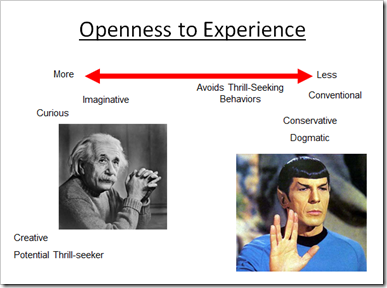 (Not sure how good the Spoke experience is, but they seemed to agree)

Any other interesting ways of teaching personality and traits? Do share…

The examples are all white males (if Bart Simpson is included). How about some diversity?